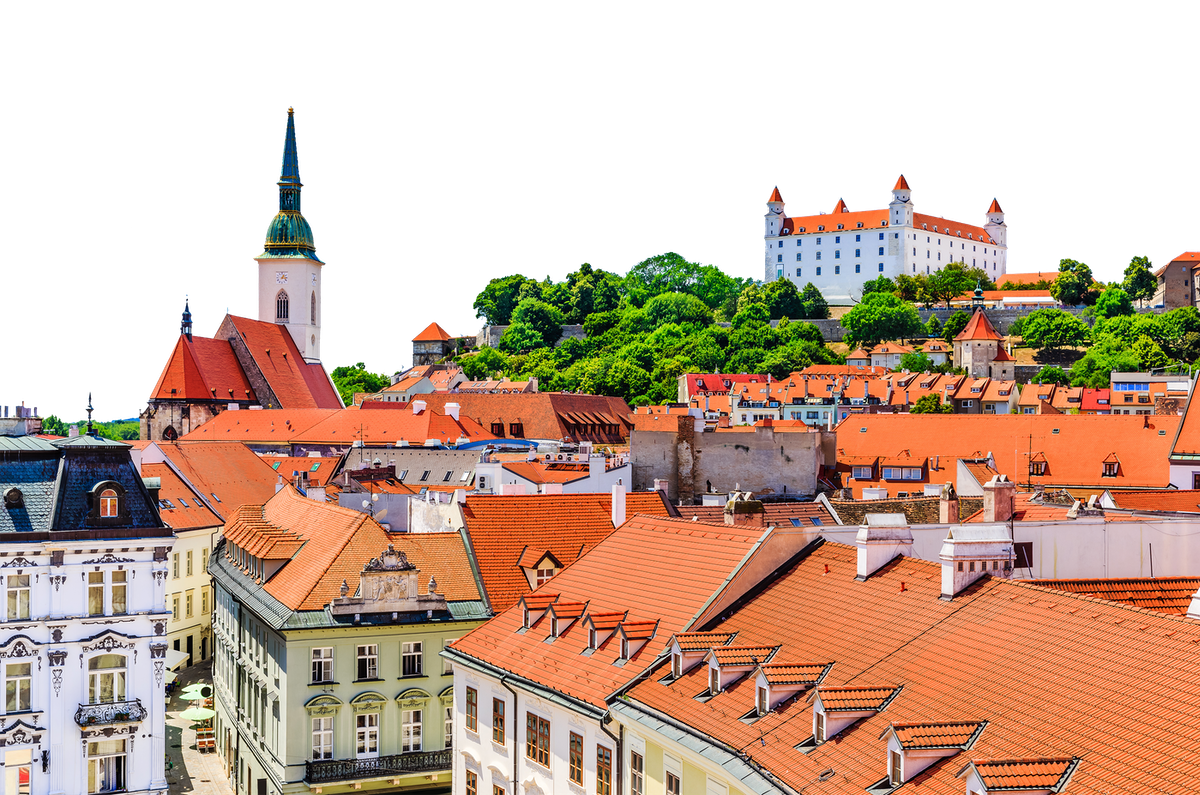 Most resilient in:
25Civic and academic space
Most vulnerable in:
48Public attitudes

Slovakia measures up as one of the three most resilient countries examined in the report. Civil society, notably, has been instrumental in the country’s significant turning points (the fall of Vladimir Mečiar’s rule in the 1990s and the change in government following the murder of Ján Kuciak in 2018). The civic and academic space underscores an area of relatively robust resilience. Limited polarization, an academic community free of external influence, and active and sustainable civil society organizations contribute to a rather vibrant civic space.

The country’s strident pro-transatlantic orientation has been strengthened by the backing of a majority of important political players over the past decade including multiple presidents and foreign ministers. Pro-Kremlin figures, however, continue to make political appearances and seek to exploit the country’s key vulnerability – citizen attitudes.

Pro-Russian attitudes and a general lack of awareness regarding Beijing’s influence constitute key points of societal vulnerability in the country. These counter currents are combined with a strong inclination to believe disinformation and conspiracy theories. Further paired with a vast ecosystem of outlets that promulgate problematic content, these factors constitute a major vulnerability for the future.

Most resilient in:
25Civic and academic space
Most vulnerable in:
48Public attitudes

Of the five dimensions in the Vulnerability Index, public attitudes in Slovakia are the most susceptible to malign influence.

Several factors are at play. Firstly, Slovaks’ affinity towards Russia, rooted in the romantic misconceptions of 19th century Pan-Slavism, combined with affinity towards strong leaders, has a potential to translate into the support of undemocratic regimes. This has been further underpinned by systemic pro-Kremlin influence. The positive sentiment is consistently confirmed by research findings: 61% of Slovak respondents do not perceive Russia as a threat, while 47% regard Russia as Slovakia’s most important strategic partner.

Putin is a figure who could rule our country. I consider him wise, educated, and pro-Slavic.

Secondly, Slovaks are susceptible to conspiracy theories and disinformation. 60% of Slovaks believe that world affairs are not decided by elected leaders, but rather by secret groups that aim to establish a totalitarian world order. This factor is utilized by pro-Kremlin actors in demonizing Slovakia’s Euro-Atlantic position and undermining democratic values. The results of such actions, combined with a lack of strategic communication from the EU/NATO and the national government, are evidenced by GLOBSEC findings that show significant gaps in understanding how the EU, NATO, and democratic processes as such work1.

China represents a big unknown for the Slovak public. Over a third of respondents do not know who Xi Jinping is, while another 19% sees the Chinese regime as potential inspiration for Slovakia.

While Slovak political landscape has some openly pro-Kremlin parties, their influence is currently limited.

The Slovak political landscape’s foreign policy orientation is rather resilient. Presidents, as well as foreign and defense ministers, have been predominantly stark supporters of the EU and NATO, and constructive critics of Russia and China in the last six years. Yet prime ministers’ actions have been less straightforward, with the gravity of holding the government’s top post seemingly a factor: both Robert Fico (SMER-SD) and Igor Matovič (OĽANO), for example, were less critical towards the EU as prime ministers than as party leaders.

The most influential party with strong pro-Kremlin links has been the Slovak National Party (SNS) whose leader, Andrej Danko, was the Speaker of Parliament for four years. The party has nurtured the public’s pro-Kremlin sentiments, and blocked the adoption of new security and defense strategies in Slovakia due to Russia being mentioned as a security challenge. Yet this has changed with the new government’s more visible constructive criticism of both Kremlin and Beijing, although the recent case of the purchase of Sputnik V vaccines (labelled as a hybrid threat by Minister of Foreign Affairs Ivan Korčok) - which has been used as an instrument to undermine key institutions and caused a governmental crisis – suggests that a lack of awareness of the risk of hybrid threats remains an issue.

There is nothing better than the EU, we are the EU, and there is no functioning alternative.

Robert Fico, leader of SMER-SD and then Prime Minister, 2018

Even though Slovakia fares relatively well compared to other countries assessed in the Vulnerability Index, the public administration’s vulnerability is still relatively high. This is caused by incomplete reforms, a lack of clear ownership and political will to drive security system updates, as well as a fluctuating levels of commitment and awareness across the administration.

The state’s security strategies are a prime example of the recent recognition of these issues; while it took 16 years to update both the security and defense strategies, their 2021 versions address changes in the security environment, including information operations, realistically and openly.

Corruption within the state apparatus shows similar symptoms. On the one hand, there are signs of the situation improving with several high-level public officials being prosecuted for various crimes. On the other hand, the backlash against some of the investigations reveals deep-rooted conflict across and within the law enforcement agencies.

Yet improvements in recent years are visible. Hybrid threats from Russia and China have already been recognized by the Slovak Intelligence Services for many years. In 2018, Slovakia adopted the Framework for Countering Hybrid Threats and is preparing the Action Plan for Coordination of the Fight Against Hybrid Threats. Implementation will be the key challenge in forthcoming years.

The Slovak security system is like a headless octopus - each tentacle represents a branch with its own responsibilities and power, but there is no coordination because the head is missing.

Expert from the National Security Authority

Slovakia’s second most resilient score within the covered countries is primarily linked to the independence of the country’s major media outlets from state and financial groups’ influence, as well as the solid volume of widely read and independent high-quality outlets that dominate the information space.

However, a series of negative events in recent years has damaged that space. Most notable has been the murder of investigative journalist Ján Kuciak, the surveillance of prominent journalists, as well as several incidents related to the editorial policy of public broadcaster RTVS.

Online information manipulation also proliferates in the country. Over 200 websites and almost 1,700 Facebook pages have been flagged for spreading manipulative content and disinformation, which subsequently gain reach often comparable to that of viral posts from mass media outlets.

Foreign influence on these outlets is rather indirect. According to the Slovak Intelligence Service, the spread of disinformation in Slovakia is sometimes paid from abroad, most often by Russia, through relationship-building and direct payments to selected journalists. So far, Chinese influence has not been very visible.

The amount of Slovak media freedom is high [but combined with Slovaks’ strong belief in conspiracy theories and disinformation], it surpasses our ability to process and work with it.

Civil society in Slovakia has played a crucial role in the country’s democratization process, but attacks are increasing.

Civil society in Slovakia enjoys a good ranking on the Civil Society Sustainability Index. A vibrant civil society mobilized to play an instrumental role in campaigning to end Mečiar’s rule, and continues to play a role as democratic watchdog, especially following the murder of Jan Kuciak in 2018. A number of NGOs and activists have been instrumental in countering disinformation in Slovakia, often supplementing a lack of state capacities.

The situation in the academic space is similar to the media landscape. While crucial freedoms have been established, several flaws can be observed, such as high-level corruption scandals and the generally low-quality of the education system. Though limited, Russian and Chinese influence is also present, the latter as Confucius Institutes which are being established at universities.

3 Slovenské hnutie obrody (Slovak Revival Movement) was registered as an NGO up until the Slovak parliamentary election in 2020, when it transformed into a political party