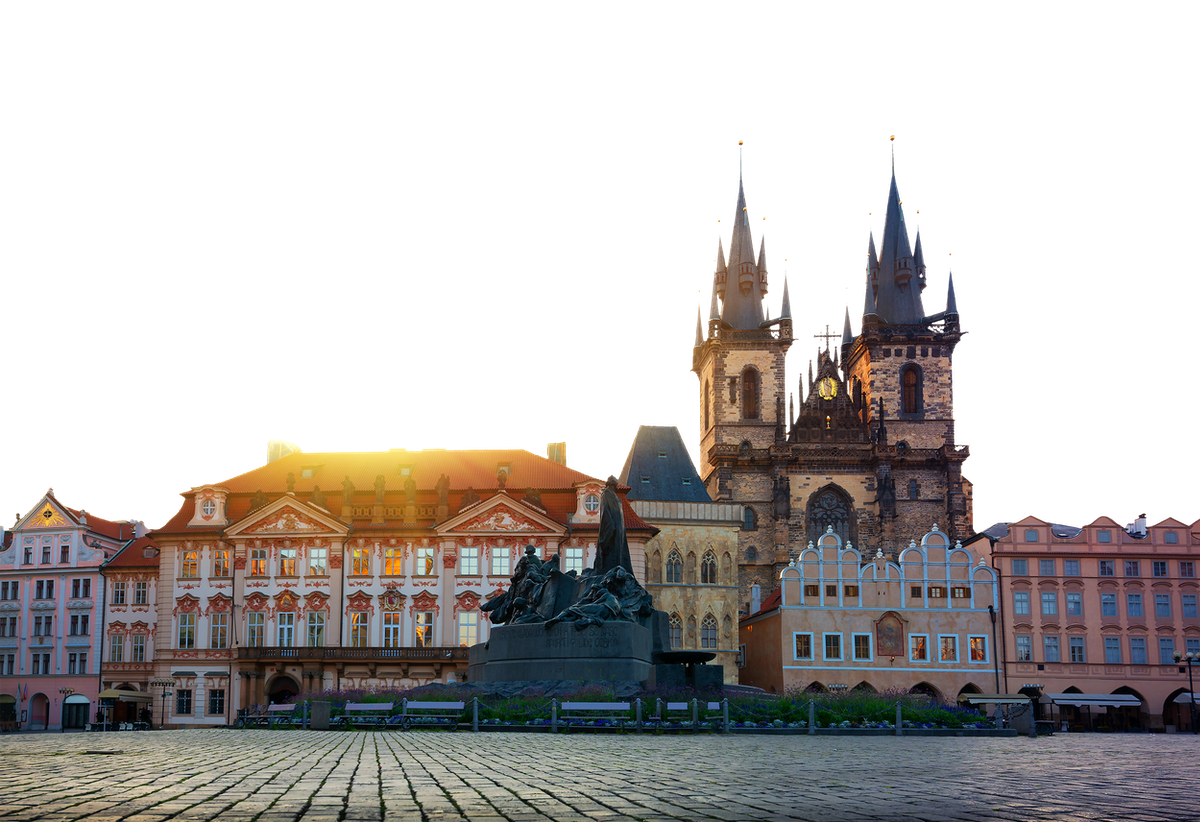 Most resilient in:
19Public administration
Most vulnerable in:
45Public attitudes

Czechia, since 1989, has developed into an open and inclusive democracy able to react to a diverse set of challenges including foreign influence. The adoption of pertinent laws and the establishment of several relevant institutions on these matters reflects this shift. The country’s resilience, notably, lies primarily in the quality of the state administration, a vibrant civic space, and a free academic environment.

Russian and Chinese influence is present in the country, exemplified in the Russian involvement in the Vrbětice explosion, the quarrel over the Koněv statue, and Chinese attempts of media ownership. These developments, nevertheless, have spurred pushback from the government and political figures. Proponents of cooperation with Russia and China, for their part, have generally failed in pursuing this agenda and their influence on decision-making remains limited.

The country’s greatest vulnerability concerns the public’s long-standing Euroscepticism – Czechs view the EU least favorably of all societies in the region. These lukewarm perceptions of the EU could be exploited in the future, primarily through the information space where pro-Kremlin and pro-Beijing interests operate and score occasional successes. But the country maintains the foundation necessary to withstand these moves. Czechia, in the near-term, will benefit from opportunities to further develop its resilience following the 2021 parliamentary elections, which witnessed the success of political parties cognizant of the threats posed by foreign malign influence.

Most resilient in:
19Public administration
Most vulnerable in:
45Public attitudes

Czech public is less vulnerable to manipulation than others in the region, although prevalent Euroscepticism may constitute a vulnerability.

58% of Czechs see their country as belonging somewhere between East and West, and refer to Switzerland as a role model1. Also 64% of the population supports the “EU dictate narrative”, and 39% would choose to leave the EU in a referendum.

At the same time, some global players are perceived with a sense of distrust: the US, Russia and China are seen as strategic partners only by 25%, 14%, and 8% respectively.

These attitudes reflect the values that Czechs identify as important, including sovereignty, economic pragmatism, and cautious attitudes towards more powerful states and entities.

It (the biggest external threat) is the EU. It takes our identity, the Czech identity… I don’t know, they try to push for some European values that we will never uphold here.

The Kremlin’s attempts to influence Czech public attitudes come up against several roadblocks. The invasion by Warsaw Pact troops in 1968 still strongly resonates in the public consciousness and is used as a point of reference when framing current events, such as the annexation of Crimea2, and was further reinforced by incidents such the Koněv affair and the Vrbětice explosion revelations.

Beijing has sought to benefit from Czech politicians’ welcoming approach towards Chinese investments, but have not succeeded in building up a good image - 51% of Czechs perceive China as a security threat, most from the region.

A rather narrow-minded approach to contemporary global challenges and pragmatism could incentivize a neutral position in potential conflicts, which might represent a vulnerability.

1 In GLOBSEC’s focus group research, 25 of 40 participants in Czechia see Switzerland as a country with the most attractive political system.

Promoting Euroscepticism and using Brussels as a scapegoat for own domestic failures has been a go-to tactic among Czech political representatives for years.

Until the October 2021 elections, the Czech political landscape had been primarily shaped by Andrej Babiš, leader of the ANO party and prime minister. While Andrej Babiš’s foreign policy direction has been pragmatic, it has also lacked a vision. While he generally supported Czechia’s Euro-Atlantic position, he did not shy away from criticizing Brussels when discussing further integration and the euro, migration, or his own conflict of interests3.

Nevertheless, Babiš’s government has implemented critical measures to curb foreign influence. Highlights include the exclusion of Russian and Chinese companies from the strategic tender for Dukovany power plant, and the significant reduction of staff at the Russian embassy following revelations about GRU’s involvement in the Vrbětice ammunition depot explosion.

They want to let Brussels decide everything. I don't want that! Do you?

One of the pre-election tweets of Andrej Babiš, Prime Minister of Czechia

President Miloš Zeman, on the other hand, has advocated for pro-Kremlin and pro-Beijing interests, and invested political capital to improving ties with the two. But his power has mostly been limited to ceremonial and symbolic acts, which have forced him to try to promote his interests via informal pressure in the political backstage.

Czech resilience to foreign state influence is further underlined by concerns expressed on the matter across the entire mainstream political spectrum, exemplified, for example, by the decision to establish the Permanent Commission on Hybrid Threats in the Chamber of Deputies. The same level of consensus is built around NATO membership.

3 This includes some of Babiš’s communication prior to the 2021 election, where many of these topic were used in a sensationalist manner.

Czechia’s public administration is the most resilient of all the countries surveyed.

The resilience stems from several factors, including strong institutional backing, proactive civil service, and a relatively open state policy. Czechia also tops the rest of the analyzed countries in the Corruption Perception Index.

Czechia turned out to be the most resilient in the assessment of quality of key strategic and security documents, with a vulnerability score of only 9/100. Such resilience has been driven by good situational awareness, and various public institutions’ open yet fragmented and inconsistent communication about current and future threats. The 2016 National Security Audit, which evaluated the resilience and capacities of Czech public administration, thus provided a starting point for the necessary reforms. These included establishing specialized departments and institutions such as the Cyber Forces Command of the Armed Forces, and the adoption of new strategies.

Yet the implementation of the measures and actions outlined in the documents remains a challenge due to a lack of coordination and political will.

The problems yet to be addresed include a lack of effective regulation of lobbying, and a lack of coordination and communication among key institutions, which complicates the configuration of effective responses to emerging security threats, and a lack of political guidance which mainly stems from government officials’ low interest in foreign policy and security.

Oligarchic influence, digital transformation, and disinformation are influencing the information landscape, but the public broadcaster is holding the line.

Following the withdrawal of several Western investors from the Czech market, an opportunity arose for local oligarchs to acquire key media outlets. This was symbolized by PM Andrej Babiš’s purchase of the Mafra media house and the PPF’s acquisition of TV Nova.

Combined with the struggle to find a sustainable financial model in the digital age, the Czech media also face the challenge to stay trustworthy and relevant.

An exception to this trend is the public broadcaster, which remains an independent and trusted source of news, though several actors have attempted to influence its integrity in the past.

The strong position of Czech television in the media market is fairly unique, not only in comparison with other Central European countries but also in the context of Europe as a whole.

Foreign actors maintain a certain degree of influence within the Czech information space. Pro-Russian narratives, for example, proliferate through the Czech version of Sputnik News and a web of approximately 40 conspiratorial and anti-system websites4, which can appeal to the roughly 25% of the population that seeks a new alternative to mainstream news outlets. Pro-Kremlin propaganda, furthermore, is disseminated through more personalized channels including chain mail, private Facebook groups, and/or internet forums.

Chinese attempts to influence the media materialized through a Chinese share in the Empresa Media company, although the Chinese later withdrew from the ownership. But any such move is unlikely to go unnoticed - journalists and researchers pay considerable attention to foreign influence and bring attention to it in public debate.

Despite visible fragmentation of Czech society in recent years, its civic and academic space is relatively vibrant and strong.

Civil society has been flourishing as citizens continue to organize themselves into NGOs and other civic initiatives, shaping the lives and decision-making of their communities5. A history of strong civil society, the courage to react to oppression and injustice, as well as a willingness to shape public policies date back to the active civic resistance against the socialist regime. Czechs also enjoy relatively high-quality education and an academic sector free of outside influences.

Because civil society is basically everywhere, it might be invisible at first glance. But in fact, it plays an important role in a number of areas, and it can often react to crises even quicker than state institutions.

Former director of a prominent NGO

Yet in recent years, organizations that unite pro-Russian sympathizers have become somewhat visible in the public space. Most notable were the self-organized militias established around 2015 to “tackle threats related to anticipated migration waves”. Some of their members established the “Representation of the Donetsk People's Republic” in 2016 (disbanded by a court in 2017), which is suspected of providing guidance to volunteers who fight on the separatists’ side in Eastern Ukraine.

Chinese influence is evidenced in the establishment of two Confucius institutes, and the secret funding of research and a conference at Charles University, the disclosure of which resulted in a public scandal. This subsequently prompted the Ministry of Interior to publish a manual against foreign influence for academic workers.

5 According to a 2019 survey, 75% of Czech respondents either sympathize or even occasionally financially support CSOs.