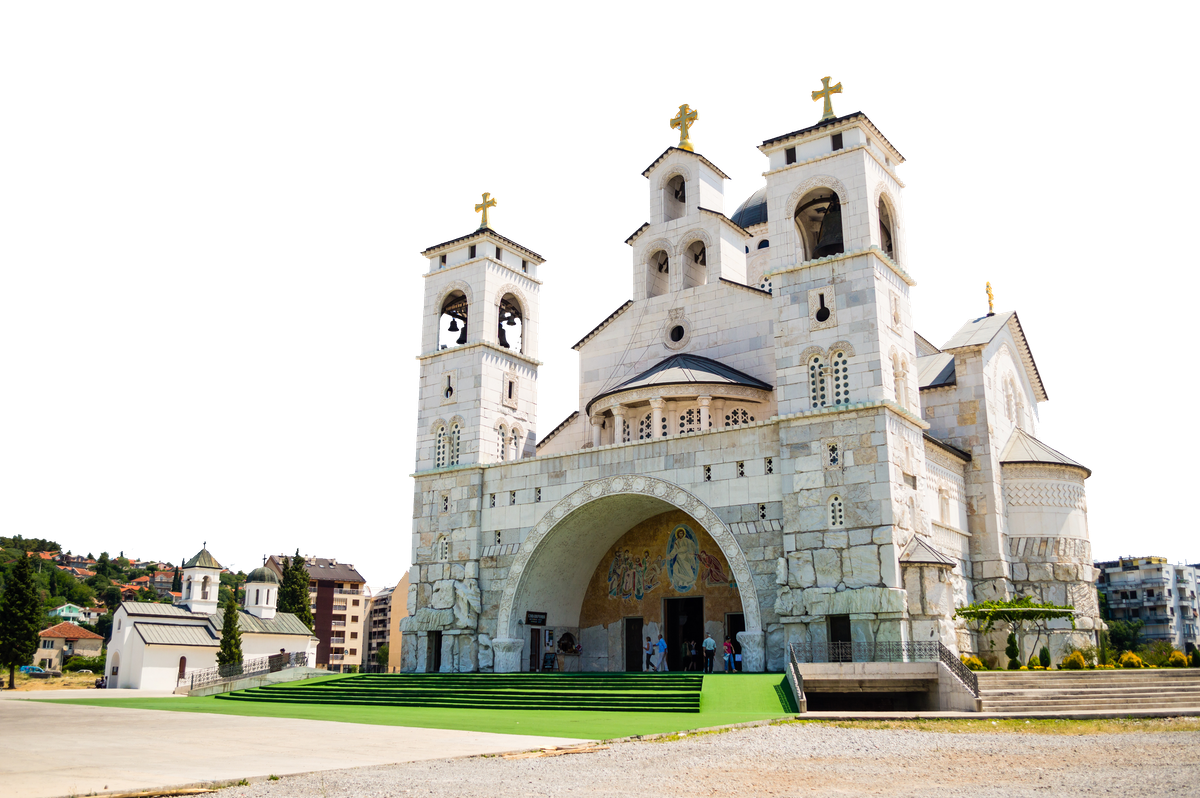 Most resilient in:
33Political landscape
Most vulnerable in:
52Public attitudes

Strong polarization as a driving force

Montenegro displays worrying signs of vulnerability to foreign influence. Although civil society is rather free and active in the country, it is ravaged by social and political polarization and violence associated with it. These patterns have been further amplified by moves from the Kremlin and the Serbian Orthodox Church.

Polarization is reflected in public opinion too, with substantial segments of society aspiring to join the EU, while also exhibiting enthusiastic pro-Russian sentiment and an uncritical view towards China. These latter attitudes come despite the clear risk of economic dependence caused by a massive infrastructure loan from China. Vulnerabilities stemming from public perceptions are also shaped by the quality of the information space, which is affected by politically motivated disinformation.

Despite these problems, Montenegro’s greatest source of resilience pertains to its democratic political vision oriented towards the EU and NATO. Its relatively robust system of checks and balances provides further prospects for democratic growth in the future.

Most resilient in:
33Political landscape
Most vulnerable in:
52Public attitudes

Unstable support for NATO, prevalent buy-in to disinformation and conspiracy theories, and rather conservative leanings all contribute to Montenegro’s vulnerability and polarization.

The carrot of EU membership has been one of the key incentives spurring Montenegrin society towards modernization. While Montenegrins generally hold a positive view of the bloc - 63% would vote to join the EU in a referendum – there is an overall lack of knowledge about the organization.

Yet society is divided on NATO. 45% of respondents support it, while 50% wosuld prefer to leave the Alliance. Additionally, 55% see NATO as an aggressive organization and a tool for the US to control other countries. Polarized opinions concerning NATO are exploited by pro-Kremlin propaganda and disinformation campaigns, which seek to demonize the Alliance in order to increasingly turn public opinion against it.

Shared identity, religion, and economics constitute key areas which the Kremlin utilizes to exert influence in Montenegro. This is reflected in the fact that 38% of respondents see Russia as their main strategic partner, making Montenegro the most pro-Russian NATO member.

Attitudes towards China are largely based on the economy and foreign investments, while public awareness about potential threats remains relatively low.

We can only prosper within the EU - their little help is significant to us.

Montenegro’s political elites are pro-European, but NATO skepticism and strong ties to China are a cause of concern.

Attitudes towards the EU are mostly positive in political circles. Montenegro is pursuing the EU integration process, and seeking to fulfil all criteria. But while the new government signed a coalition agreement affirming EU ambitions and strengthening ties with NATO, some coalition parties are voicing differing attitudes towards the Alliance and the policy towards Russia.

NATO is clearly a controversial topic. Whilst the former government and current President Đukanović are staunchly pro-Alliance, several party leaders under the umbrella of the Democratic Front (the largest coalition party) view it rather negatively. Smaller opposition parties also tend to pursue this rhetoric, defending Russian president Vladimir Putin and often criticizing the government and EU policies on Russia.

In the last 15 years, Montenegro and China have signed 17 cooperation agreements and memoranda of understanding, culminating in a major highway project that saw the country taking out credit from a Chinese bank and engaging Chinese construction companies. The current government sees the loan trap as a threat, and has asked the EU to purchase the Montenegrin debt from China.

Please help us return that money, to exchange the loan for a loan with a European bank… to end the Chinese influence.

Public administration reform has been ongoing for some time now in the country, but results are yet to translate into everyday life.

The most acute issues are the need to effectively combat organized crime, corruption, and state capture (particularly at the highest levels). The Corruption Perception Index ranks Montenegro 67th, the best among the three Western Balkan countries included in the research.

15 of 19 experts believe that the national electoral oversight body lacks the capacities to deal with cases of foreign interference.Numerous problems related to electoral integrity pertain in the country: party recruitment, the provision of services and benefits in exchange for votes, the abuse of social and other benefits and subsidies, and allegations of pressure on voters.

During the 2016 elections, Montenegro was targeted by foreign adversaries (of Serbian and Russian origin) via a sophisticated influence operation that aimed to stop the country joining NATO. In order to prevent similar incidents during the 2020 election, the government requested the assistance of NATO’s first Counter-Hybrid Support Team. However, even that measure failed to prevent more than fifty thousand “phantom voters” from being registered and casting votes without a valid address in some municipalities.

Key security strategies and documents address the issue of foreign influence in a relatively adequate manner, but more frequent updates would be prudent. Neither the security nor defense strategies, however, make mention of Russia or China.

Montenegrin media is mostly divided across political lines, hindering the publication of objective and accurate information.

Montenegro ranks 104th in the World Press Freedom Index. A 2020 European Commission report concluded that the media scene continued its highly polarized dynamic, and that self-regulatory mechanisms remained weak. A volume of regional disinformation permeated society in the aftermath of the adoption of the Law on Freedom of Religion and during the 2020 electoral campaign.

Although Russia does not directly own any media outlets, 16 of 23 experts surveyed believed there are specific journalists, editors, and/or programs which regularly promote pro-Kremlin interests both in state-owned and other mainstream media.Progress in addressing violence against journalists is limited. In 2020 alone, there were 16 cases of attacks and threats to the safety of journalists; and important cases, including the 2004 murder of the editor-in-chief of the daily newspaper Dan and the 2018 shooting of an investigative journalist, remain unsolved.

Predominantly pro-Serbian and pro-Russian online media has been on the rise in Montenegro in recent years. Although there is no direct Russian media ownership, the pertinence and efficiency of pro-Kremlin propaganda has not diminished, as media like IN4S and Borba openly spread pro-Kremlin narratives. The content they disseminate is full of sensationalism and misinformation, and correlates to Moscow-promoted narratives.

Chinese influence on the media landscape is limited. Beijing has sought to strengthen relations with some journalists by inviting them on exchange programs and visits, whereby such contacts could render participants potentially vulnerable in the future.

With the majority of the public identifying as followers of the Serbian Orthodox Church (SOC), the organization has critical influence over the country’s civic space.

Even though CSOs can operate freely in Montenegro, there have been cases of slander and attempts to exercise political influence over some of them. Yet civic organizations are generally society's watchdogs, regularly criticizing government policies and raising public awareness on various issues. Additionally, some NGO leaders have recently been appointed to the country’s anti-corruption council.

11 of 20 experts believe that the Church is very influential and active in promoting Kremlin’s interests in the Montenegro.Except for the Confucius Institute, there are no Russian or Chinese GONGOs present in Montenegro. However, that the Orthodox Church is influential in promoting pro-Kremlin interests in the country is agreed by 13 of 20 experts. It is certainly a powerful actor, and its promotion of “traditional values” supplements the Kremlin’s interests by feeding into broader anti-Western and anti-EU narratives. Following the adoption of the Law on the Freedom of Religion, the SOC could mobilize tens of thousands of protestors across the country – more than any political party has ever managed.

Chinese or Russian presence is also not visible in academia. However, there are strong SOC supporters among Montenegrin professors, who publicly defend the SOC’s interests in Montenegro and participated in protests against the Law on Freedom of Religion. They also founded an NGO called "We will not give up Montenegro’’.