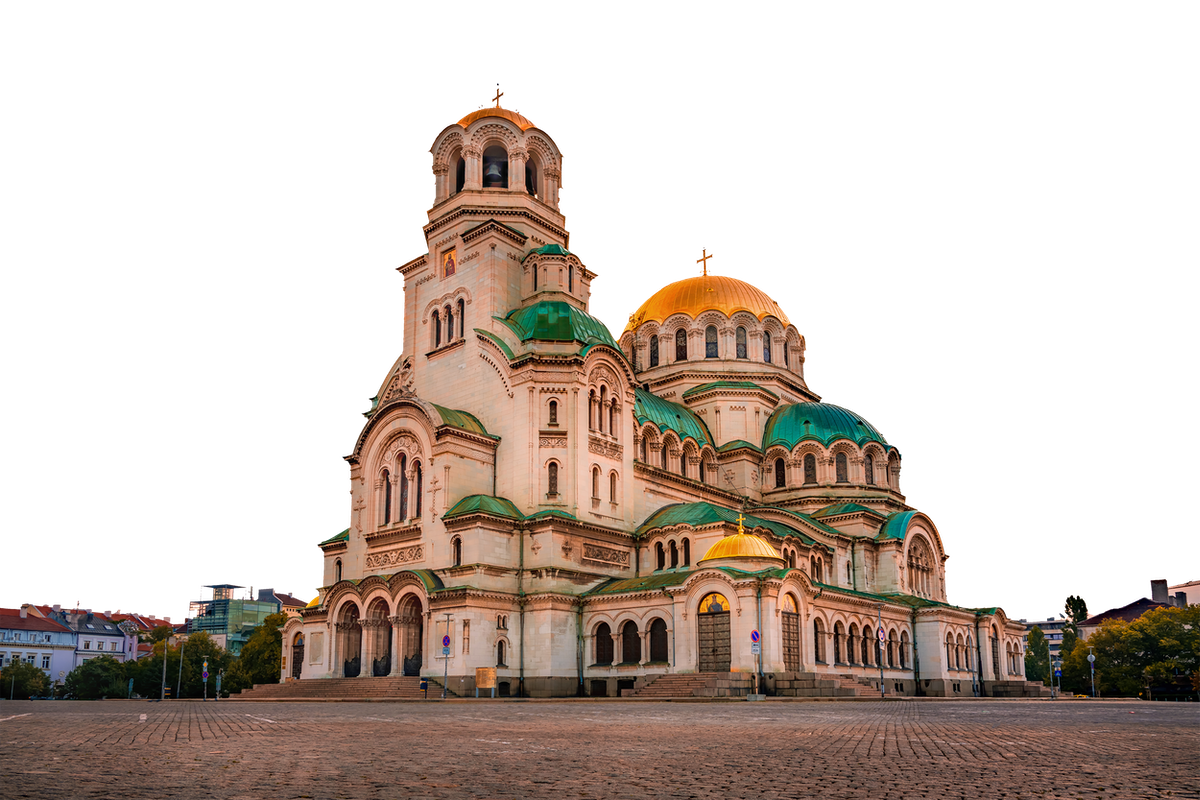 Most resilient in:
36Political landscape
Most vulnerable in:
56Public attitudes

Bulgaria’s vulnerability to malign foreign influence is readily apparent in both public attitudes and the information landscape that contributes to the formation of public perceptions. The country’s deep-seated historical and cultural ties with Russia underpin this susceptibility. So too do the extensive pro-Kremlin influence in the media sector and the ability of pro-Russian informal networks to influence strategic decision-making. Among EU countries included in the Vulnerability Index, Bulgarian political parties were assessed as the most pro-Russian and least pro-NATO based on their public rhetoric. China, however, is notably absent in the public discourse, which, given the country’s growing economic interests in the region, could become a major vulnerability in the future.

Despite these risks, several points of resilience buttress Bulgaria. The country’s civic and academic space endures despite multiple political and social crises, providing the vital function of a democratic watchdog against frequent attacks and demonization campaigns. And although key democratic institutions have been captured by private interests, Bulgaria features a robust system of checks and balances that guarantees basic freedoms and civil liberties and provides the foundation for a stable democratic future.

Most resilient in:
36Political landscape
Most vulnerable in:
56Public attitudes

The vulnerability of the Bulgarian public lies in its strong sympathies to Russia and the dissatisfaction with how democracy works in the country.

Deep-seated historical and cultural ties to Russia, growing distrust in the Euro-Atlantic integration, fragility of democratic institutions and liberal values, and susceptibility to conspiracy theories and disinformation are the most prevalent vulnerabilities identified in Bulgaria.

While only 65% of Bulgarians would choose to stay in the EU and only 47% in NATO, the Kremlin’s information campaigns actively promote Russia as an alternative and viable axis of power to Western organizations. In 2020, 84% of Bulgarians identified Russia as the country’s Slavic brother nation, and just 3% perceived Russia as a threat to Bulgaria (compared to 16% for the US). These public attitudes are to a great extent also shaped by both mainstream and fringe media outlets, which play a key role in disseminating pro-Kremlin narratives. China, despite a steady increase in informational presence in Bulgaria, continues to primarily remain on the periphery of public opinion and thus represents a potential future vulnerability.

Dissatisfaction with the ruling elites is also staggering. While the majority of Bulgarians support democracy as the preferred governance model, only 20% are happy with how it functions in Bulgaria.

Of course, it (Bulgaria’s closest ally) is Russia. First, because we are Orthodox Christians. Second, we are Slavic people. Liberation from Turkish occupation, and that we are recovering as a nation and people is due to them. Who could be closer to us?

The strong links between Russia and the ruling elites make for one of the region’s most vulnerable political landscapes.

The majority of Bulgarian parties have been actively pushing the pro-Kremlin agenda – either as a consequence of Moscow’s direct influence, or as an attempt to win popular support. In practice, this ranges from the promotion of better economic and political relations between the two countries, to explicit cooperation agreements with the Kremlin (as is the case of the Bulgarian Socialist Party).

The leaders of parliamentary political parties mentioned or addressed China only five times in the past six years. Mainstream parties, such as the long-time ruling GERB (Citizens for European Development of Bulgaria) party and parliamentary MRF (Movements for Rights and Freedoms), demonstrate the most impactful pro-Kremlin leanings. Although they have routinely demonstrated their support for Bulgaria’s Euro-Atlantic integration and voted in favor of sanctions and other deterrence policies targeting Russia at the EU level, they have also adopted a supportive posture towards the Kremlin.

This is exemplified in both their soft stance towards the Kremlin’s aggressive foreign policy, and enabling Russian business interests to capture some of the most lucrative assets in Bulgaria, thereby making the country one of the most economically vulnerable in Europe. Prime examples of this phenomenon are large-scale Russia-led energy projects, such as the TurkStream natural gas pipeline and Belene nuclear power plant.

As for Beijing’s influence, Bulgarian political actors rarely address China in their discourse or party manifestos.

Low awareness of hybrid threats is combined with high levels of corruption.

In the past six years, Bulgaria has initiated reforms to strengthen anti-corruption and judiciary independence, including a complete overhaul of its legal and institutional anti-corruption framework. Their implementation has, however, been marred as key regulatory bodies have been left understaffed and underbudgeted.

Authorities remain largely unaware of the extent of hybrid threats emanating from foreign actors. Interviews with governance and anti-corruption experts suggest that the Kremlin has been taking advantage of the dysfunctionality, inefficiency, and lack of transparency within various institutions. These include the energy, defense, transportation, and regional development ministries, energy and anti-trust regulators, and the relevant parliamentary commissions.

According to research by the Center for the Study of Democracy, 19% of Bulgarians claimed they paid a bribe for public services in the previous 12 months.Corruption also continues to be a problem for Bulgaria, which ranks 69th on the Transparency International’s Corruption Perception Index. The effectiveness of criminal investigations, accessibility of the judiciary via e-justice tools, and overall public trust in anti-corruption institutions remain a challenge.

Electoral integrity also needs a boost in resilience. Although the high amount of election bribery incidents mostly amounts to petty corruption rather than foreign interference, the limited capacity of public administration, including the electoral commission, represents a vulnerability. Also 12 of the 18 experts surveyed conclude that the electoral oversight body has some awareness, but lacks the know-how and capacities to investigate potential cases of foreign interference.

This unflattering ranking results from a myriad of factors: the withdrawal of Western investors after the 2008 crisis, concentration of oligarchic media ownership, media market revenues dependent on state funding, as well as poor implementation of media ownership transparency laws. 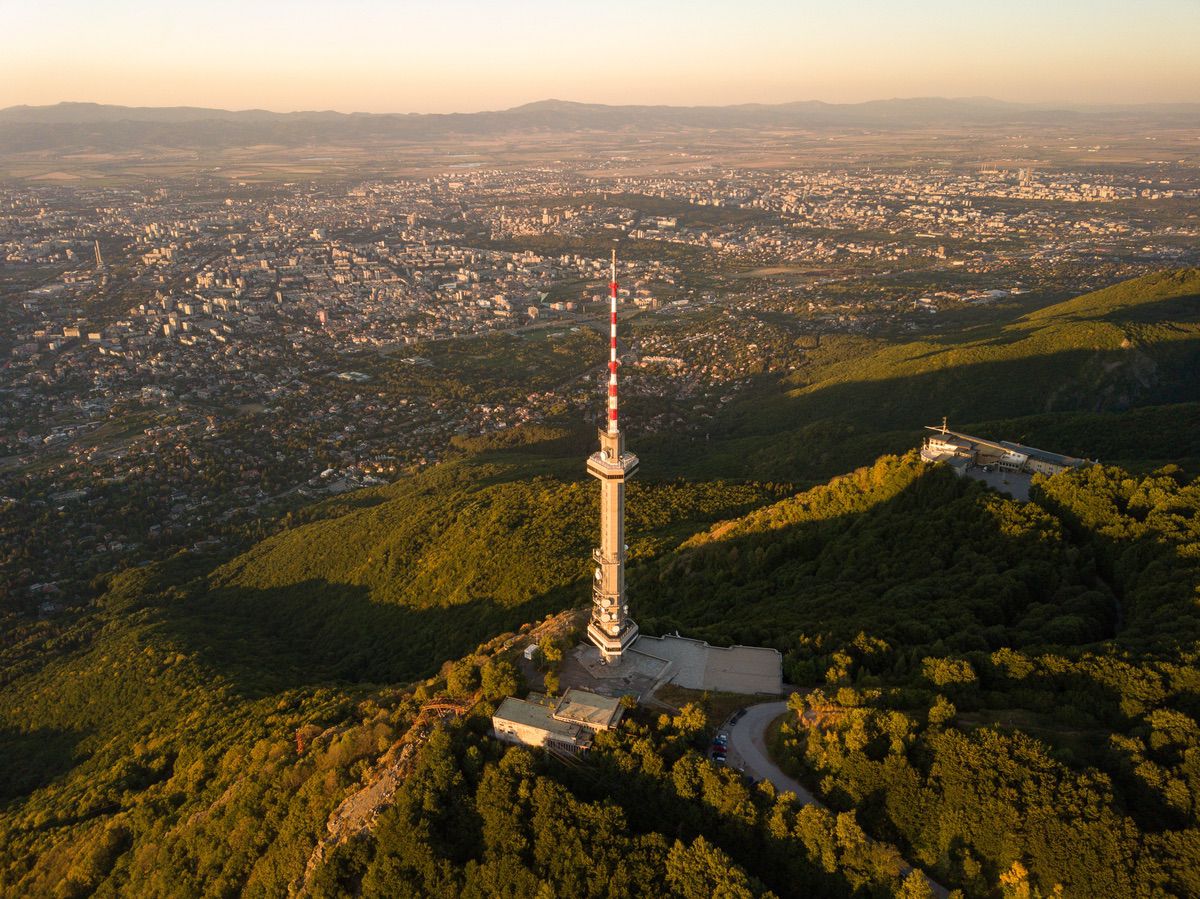 Among the countries surveyed, Bulgaria has consistently had the worst World Press Freedom Index ranking since 2018. In such conditions, malign foreign influence can flourish. Pro-Kremlin influence is mostly indirect and can be traced to the editorial content of several Bulgarian media companies, whose owners have developed strong business and political ties with Russia. A couple of major newspapers (e.g., Standart), smaller TV networks (Channel 3 and BSTV), and two newspapers published by political parties (Duma, published by the (BSP) and the paper of nationalist party Ataka) have taken strong pro-Kremlin stances.

1 China Today’s editor-in-chief is a prominent BSP member, who also owns and publishes a number of pro-Russian outlets.

Civil society plays a key role in Bulgaria, despite attacks and demonization.

Important actors from Bulgaria’s civil society have been vocal in addressing the relevant issues linked to foreign influence and declining democracy2. Yet they have also faced attacks based on the regionally-popular demonization of liberal values and the civil society sector.

The Kremlin’s influence on Bulgaria’s civil society has been described as significant or decisive by 9 of 18 experts.In the dominant anti-liberal rhetoric, Russia is often presented as bearing the flag of traditional Orthodox values, and as the alternative to Western ideas supported by the liberal-minded civil society. Russian foreign policy has been efficient in using religious and cultural identity to exert soft power in Bulgaria, with the Russian Orthodox Church being among the Kremlin’s most effective propaganda tools in Bulgaria3.

The Bulgarian academic space has been deteriorating in the last six years according to the Academic Freedom Index, notably based on its dependence on government financing and underfunding in comparison to its CEE peers.

3 Exemplified by the orthodox religious organization IFUOCN, operating under the direct influence of the Russian Ministry of Foreign Affairs. There have been reasonable suspicions that behind the topics of defending religious and conservative values, the organization is actually pushing pro-Russian propaganda while proclaiming anti-EU and anti-US views.