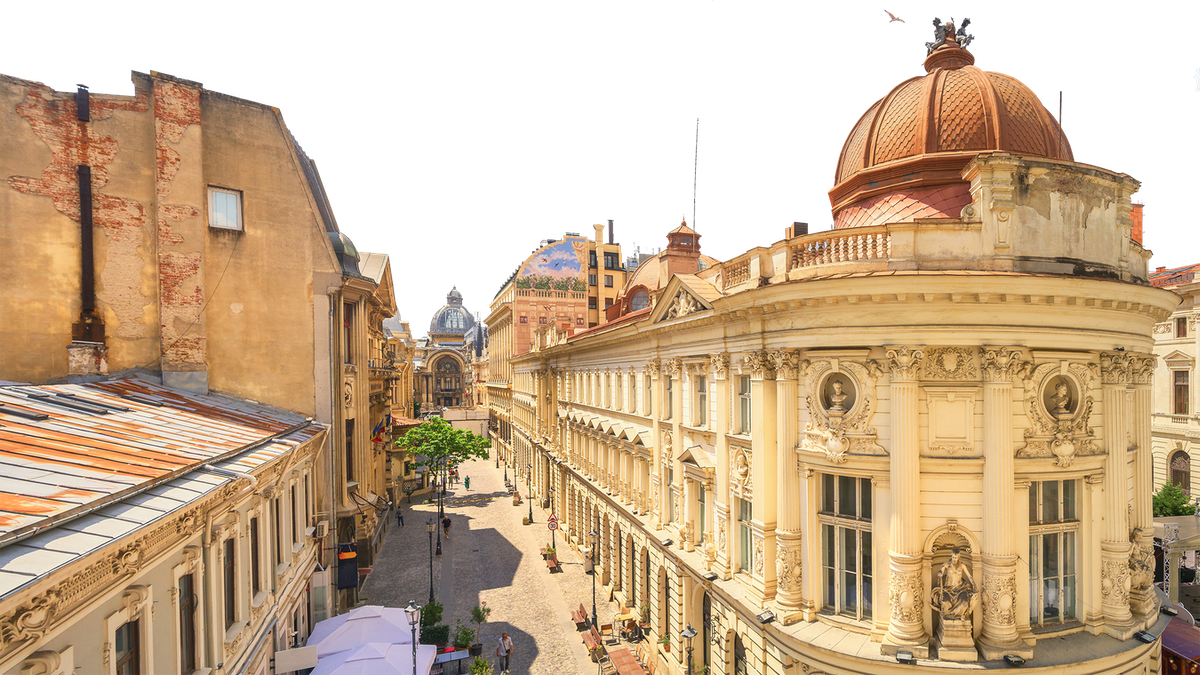 Most resilient in:
18Political landscape
Most vulnerable in:
42Public attitudes

When pro-Atlanticism translates into resilience

The long-standing and uncontested Euro-Atlantic orientation of prominent political figures, embraced (albeit formally) even by the radical AUR party, underpins Romania’s resilience to malign foreign influence. The country’s pro-western commitment is reflected in policies seeking to foster cooperation (rather than competition) in the EU and NATO and enhance security in the entire Black Sea Region.

The adoption of legislation paving the way for additional scrutiny over the involvement of foreign actors in critical infrastructure was motivated by the same security-related considerations undergirding the country’s moves to avert foreign malign influence. Romania’s extensive economic integration with the EU and identity-cultural legacies further mitigate its vulnerability to foreign interference.

The direct operations of the Kremlin and Beijing remain relatively limited and struggle to find a hospitable environment in the Romanian information space and civil society. Yet internal vulnerabilities, including political instability, widespread corruption, a lack of transparency in relevant decision-making processes, and limited enforcement of laws, create inroads for indirect influence to seep in through domestic agents. Rising societal polarization, nationalism, populism, and social conservatism challenging Western liberal values and democracy all open a window of opportunity for external influence.

Most resilient in:
18Political landscape
Most vulnerable in:
42Public attitudes

Romanians’ attitudes towards Euro-Atlantic structures are among the most positive from the countries studied: 79% and 77% would choose to stay in the EU and NATO respectively. Romanians are also strongly pro-US, with 47% seeing the US as their main strategic partner.

The reserved attitudes towards Russia, which is seen as a strategic partner by only 13% of Romanians, mainly result from a troubled common history and divergent political interests and affiliations, and are facilitated by a lack of ethnolinguistic and cultural ties.

However, these perceptions are not set in stone. While 58% perceived Russia as a threat in 2019, this dropped to 30% in 2020. The reason behind this decrease is the 46% of those questioned in Romania who were unable to identify Russia as a friend or foe, opting instead to answer “don’t know”. Such uncertainty can in part be explained by the fact that Romanians do not feel their country to be under any kind of immediate threat.

China continues to use good bilateral relations from the communist past to open doors in Romania. The population’s general indifference or even positive attitudes towards China (30% of respondents in Romania think the Chinese regime could act as inspiration for their country), can facilitate future inroads for Chinese influence over Romanian society.

NATO offers a climate of stability for members. It’s a good and natural thing to be part of the Alliance. You can’t do anything alone.

With strong leanings towards the EU and NATO, Romania tops our list as the most politically resilient country.

The Romanian political class is generally pro-European and favorable towards NATO. The two largest parties – the National Liberal Party and the Social Democrats – along with the Hungarian minority party UDMR were among the founders of the so-called Snagov consensus, which defined the country’s membership in the EU and NATO as the overarching priority of Romanian politics. The parties have consistently refrained from jeopardizing this position. The radical Alliance for the Union of Romanians (AUR), a new addition to the political spectrum, shares this strategic orientation, although it is critical of EU policies and opposes many of its values.

Political elites are also wary of Russian and Chinese influence. Of the 22 experts surveyed, 19 believe that pro-Kremlin and pro-Beijing interests have not been successfully promoted by either parliamentary or non-parliamentary actors. This includes the Romanian far-right scene, which is staunchly critical of Russian and to a lesser extent of the Chinese regime.

As regards China, a number of steps have been taken to prevent its influence, from the Huawei ban to legislation blocking Chinese participation in strategic infrastructure public tenders. An isolated exception was former Prime Minister Victor Ponta, who unsuccessfully sought to invite Chinese investments.

While direct Russian or Chinese influence is limited, the corruption of the political class offers ample inroads to malign influence, as domestic nationalism and populism align to a great extent with external interests.

Romania’s state administration is rather resilient, but the public distrust caused by widespread corruption needs to be addressed.

Despite reforms, the promising results of the National Anticorruption Directorate between 2015-2018 have not proved sustainable, with the country returning to its pre-2015 69th place in the Corruption Perception Index. Corruption is a source of widespread distrust in public institutions, and of perceptions that civil servants pose a threat to their own country1.

Almost all Romanian focus group participants cited corruption as the most pressing internal threat to their country. On the other hand, among the covered countries Romania’s laws and key security strategies are among the most resilient in addressing foreign influence. Nevertheless, gaps remain in application. For example, under the new election campaign law, party spending during the 30-day campaign is under considerable scrutiny2. Yet this serves to incentivize parties to conduct “pre-campaigns” prior to that official 30-day period, which lack transparent overview and allow groups of interests to spend more to promote their agendas.

Under the constitution, every time a President is sworn into office, he or she is required to submit an updated national defense strategy to parliament within six months. The current strategy (for 2020-2024) defines “the dissemination of disinformation sponsored by malign foreign actors such as Russia” as a threat. Despite this, a proposed new Stratcom strategy has been shelved indefinitely.

2 Expert interview with Andrei Tiut, a political consultant and advocacy worker on Romanian electoral laws with a background in domestic politics and online research.

The Romanian media landscape shows no signs of strong foreign influence, but is vulnerable because of corruption and oligarchization.

Romania ranks 48th in the World Press Freedom Index, with identified gaps such as non-transparent and corrupt financing and oligarchic-style ownership that lead to individual interests directly influencing editorial policy.

“11 out of 18 experts surveyed believe that pro-Kremlin actors can shape the discourse and opinions on Romanian social media.”Despite the lack of direct influence seen elsewhere in the region, Russia as a state actor is still relevant in disinformation in Romania, and narratives aligned with pro-Kremlin interests receive significant space in all domestic public and commercial media3. Two major strategies have been identified: the coordination of disinformation (as is the case of partisan news outlets that have common ideological alignments, especially in the far-right sphere), and the amplification of existing narratives (the preferred strategy of sputnik.md).

China seems to be emerging as a new source of foreign influence in Romania. Early in the pandemic, the regional push to change the narrative on COVID-19 from “China as the source of the pandemic” to “China as a reliable partner” was evident here too, facilitated by both fringe media outlets and official government channels.

3 More than two thirds of experts interviewed believe that Romanian media are distributing an important number of pro-Kremlin narratives, while less than a third consider Russia to have an influence over Romanian media.

Romanian civic space is defined by a high degree of freedom of assembly and expression, but also by low participation and polarization.

Positive conditions for civil society are not equally capitalized on. The chronically poor population in small urban and rural areas feels marginalized from the civic space and underrepresented politically. Such demographic reacts via traditionalism, nationalism, and political re-centralization of power.

15 out of 19 experts surveyed believe that Russian influence on civil society in Romania is either non-existent or limited. Recent years have therefore seen the emergence of militant ultraconservative, nationalistic associative activities, supported by the Orthodox Church and neo-evangelist groups in the US. Their activities triggered the Constitutional referendum in 2018 to outlaw same-sex marriage, which, whilst unsuccessful, led to increased attacks against liberal values.

This pushback against liberalism and modernization is the main avenue for anti-Western influence in Romania. This however has been buffered by the liberal, pro-Western middle class aiming to reclaim political agency and prevent democratic backsliding.

The direct or indirect influence of foreign GONGOs over Romanian civic space is limited in scope and impact to propaganda conducted through the Russian Cultural Center and Confucius Institutes, and the ideological influence exerted by Viktor Orbán-funded soft power tools such as media and football teams in Transylvania.